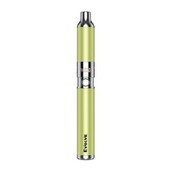 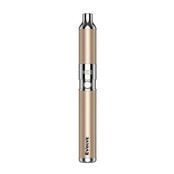 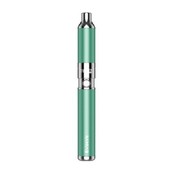 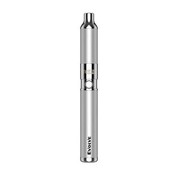 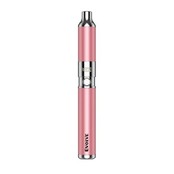 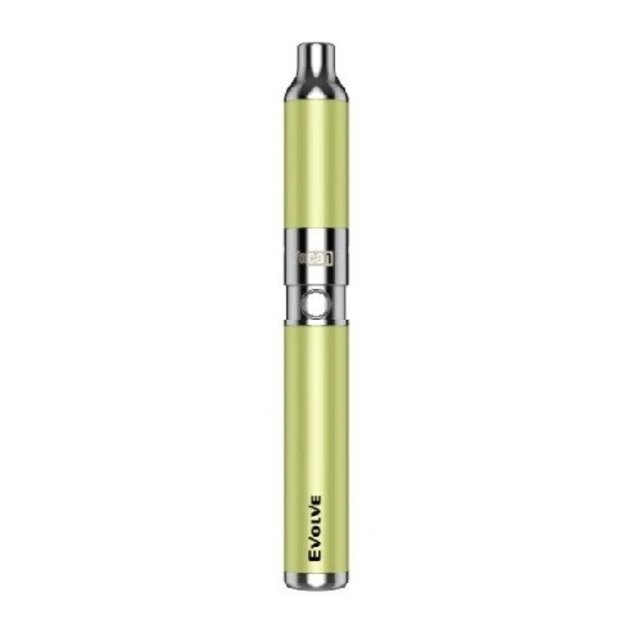 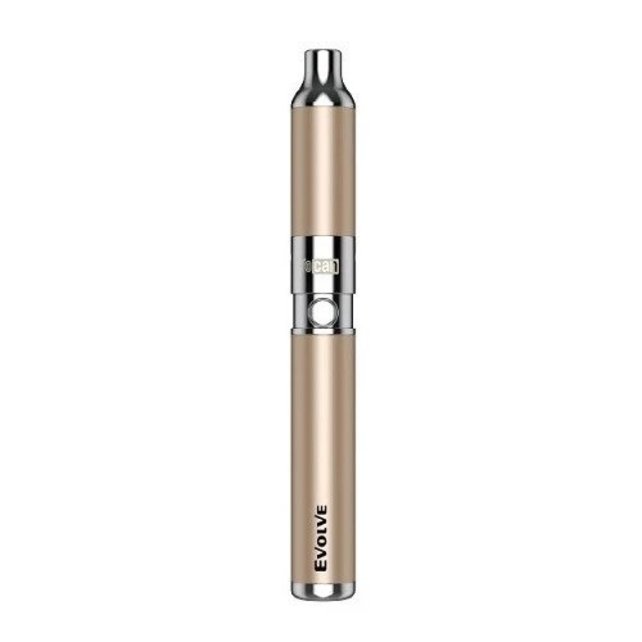 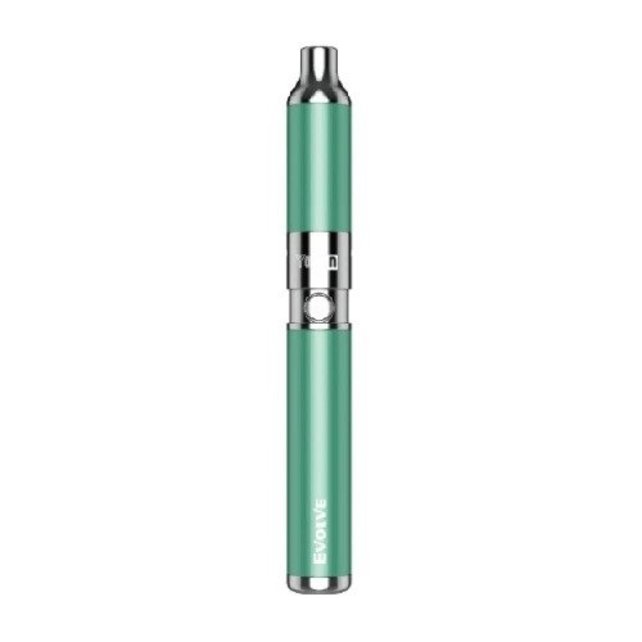 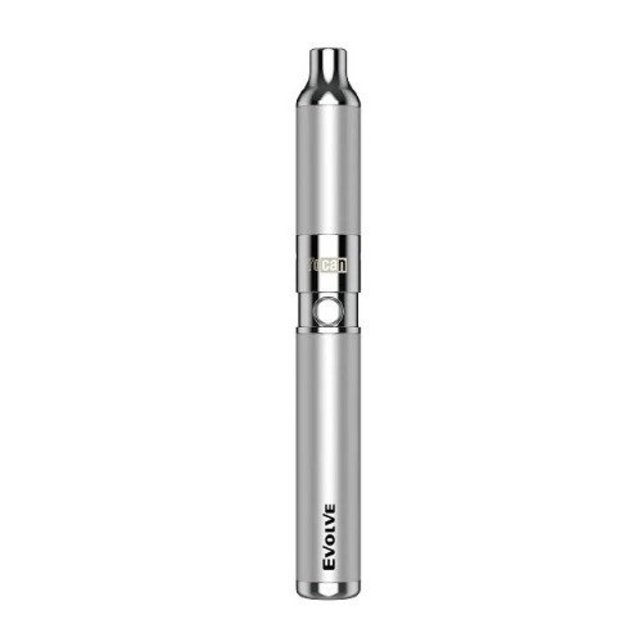 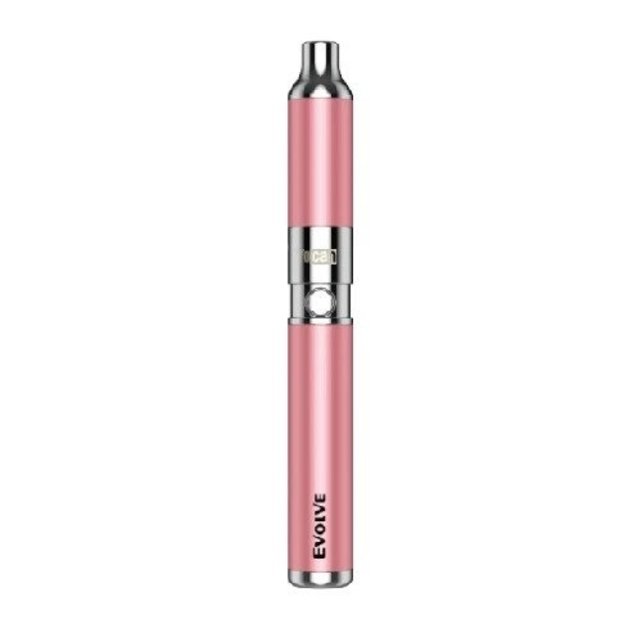 This device was intended for aromatherapy use only.

Yocan Evolve Vaporizer is a very slim wax pen that features awesome functionalities. This dab pen has a dual quartz coil that promotes strong and flavorful vapor. It also has a functional coil cap that was designed to keep your oil from leaking and prevent your mouthpiece from getting hot. This wax pen has a 10-second continuous use that preserves your battery especially when you are outdoors. Having such a feature helps in keeping your device from overheating as well.

Just like other Yocan vapes like Yocan Regen, Yocan Evolve is a very straightforward vaporizer that is really great for a discreet and comfortable on-the-go vaporization. The Yocan Evolve measures at around 120mm in length or a little way over 4 inches making it extremely portable and travel-friendly. You can easily take the Evolve with you anywhere you go. Place it in your pocket or in your bag, its sturdy build allows you to place it anywhere without worrying about damage or mess. The Yocan Evolve Vaporizer boasts a leak-proof design where the materials you place inside of this vaporizer is kept inside and won’t spill saving you from stains on your jacket or on your pants as well as having wax all over your bag. This is good since most consumers keep their dab pens with some of their essentials like their smartphones and their laptops.

The battery of the Evolve Vaporizer features a single-button control and can be turned on by clicking the button 5 times, likewise clicking it 5 times will turn it off. The battery does not feature temperature control although it’s fine-tuned for the perfect temperature for wax concentrates. The battery features a 650mAh capacity and can be more than enough for casual sessions especially for periodic users. Heavy consumers will find the Evolve Vaporizer easy to charge and the USB charger makes charging fast and easy. The heating element, or the atomizer, is located atop the battery and can be divided into several parts; the base (the part that connects the heating element to the battery), the coils, and the coil cap. The base and almost all the parts of the Evolve features threaded designs providing the Yocan Evolve a secure hold which is the key to its durability. The mouthpiece also connects to the vaporizer through threaded connections and features a distinct shape allowing you to comfortably press your lips against the actual mouthpiece and draw effortlessly from it.

The Yocan Evolve Vaporizer took simplicity to the next level. Yocan knows that for a product to appeal to the general public it has to be straightforward and unchallenging. The Evolve Vaporizer is designed and engineered to remove the complications of dabbing and allow its users to jump straight right to the good stuff. The Yocan Evolve can be used even by beginners and novices without any need to learn a new vaping style. One can easily pick up an Evolve pen and start vaping in seconds. Its no fuss no muss design made it a popular choice amongst consumers who would like to try concentrate consumption and even to those transitioning from dab rigs to a more portable alternative. Even advanced users find the convenience of using the Yocan Evolve Vaporizer beneficial since it delivers exquisite vapors in a small package without requiring them to go through multiple steps from an otherwise daunting task in vaping with a dab rig.

The Yocan Evolve Vaporizer became a staple in the concentrate consumption scene and is now one of the most successful lines of vaporizers on the market.

WHAT’S IN THE BOX

Product information
What our customers say

Your cart is empty

Create your own review

The product was added to the shopping cart 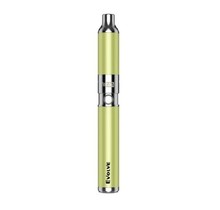 You have no items in your shopping cart
Total:$0.00 USD
Checkout Continue shopping
Compare products 0 Products
By using our website, you agree to the use of cookies. These cookies help us understand how customers arrive at and use our site and help us make improvements. Hide this message More on cookies »